The Prosperity Gospel We Don’t Talk About Much 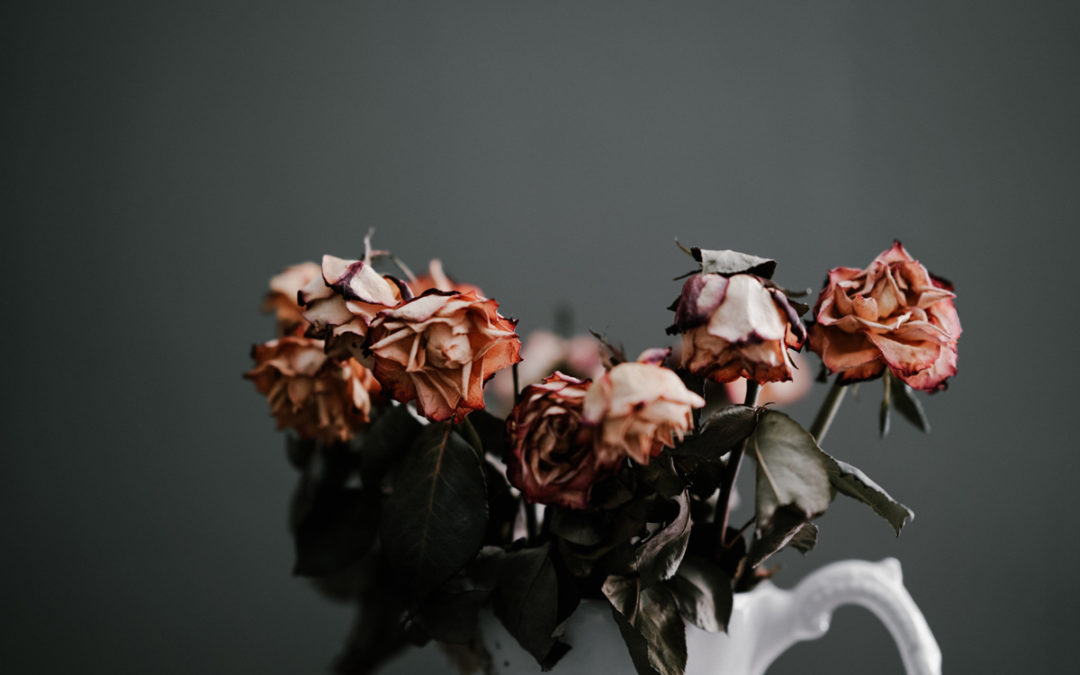 I have wanted to write about the eighteen months or so shortly after our move to New Orleans for a while that brought with them a string of changes, surprises, and hardship. But I also knew I needed distance from that season before sharing more on my blog. In January, I started writing in my journal about it—an attempt to sort fact from feelings and reality from perceptions.

As C.S. Lewis wrote in A Grief Observed, a book about his own reflections on his wife’s death, “By writing it all down (all?–no: one thought in a hundred) I believe I get a little outside of it.” After a few months of getting “a little outside of it,” I knew it was time to write about it here.

My husband (Will) and I moved to New Orleans in July 2017 so I could study on my seminary’s campus. I was an online student for two years while we lived in Mississippi, but I longed to be in the classroom. The on-campus experience is one I do not regret, and I learned and grew more from it than I think either of us anticipated.

But there was a distinct eighteen-month period after our move where changes and hardship seemed unrelenting. Most of these circumstances were outside of our control, which is what made this season so difficult. Your own seasons of suffering like this might come to mind—the cancer, the miscarriage, the home destroyed in a hurricane, the lay-off, the car accident, the injuries of a friend or family member, or something else. You might have doubted or even denied God or watched friends, acquaintances, and strangers do the same as a result of suffering outside their control.

Sorting over what happened in my journal, I realized I had adopted unintentionally a version of the prosperity gospel in the midst of my expectations about our move to New Orleans. When Christians refer to the destructive “prosperity gospel,” we usually mean a false gospel that says God will reward faith in him by pouring out his favor, usually in the form of material wealth, physical health, or social acceptance.

My version of the prosperity gospel was not so much about God rewarding me by gifting me with something but by sparing me from something: suffering.

I think all of us at some point are tempted to adopt a version of this prosperity gospel that says, “With faith and preparation, God will spare me from surprises, changes, or suffering,” and we are easily shattered when they come.

Suffering outside our control can feel as if we’re children who’ve taken a hard fall from the playground swings and landed on our backs with the wind knocked out of us. This is especially true for a recovering idealist like me. In the past, I have been prone to catastrophizing, allowing my feelings to distort my perception of reality when things go awry. Conversely, my husband who is a realist, knows the occasional hardship is to be expected. Nonetheless, after a long string of disappointments he finally admitted to me, “Yeah, it’s been a really hard season.”

Last summer anxiety finally caught up with my body and affected my physical and mental health for several months. Then, in July more curveballs came our way. I kept asking God, if he had the power to bring these hardships to a halt, why he had not done so.

I am aware of many strong philosophical and biblical arguments for suffering. For example, sometimes suffering is in our control because it is a direct consequence of sin or idolatry lingering in the heart. I even wrote a blog post in August 2018 where I chalked up all of my challenges in New Orleans to idolatry. I now think this was the case in some areas of my life during that season, but I no longer believe it accounts for the whole.

In the fall, after I wrote that blog post, a common theme kept resurfacing in my Bible, books, podcasts, and conversations: a fair amount of hardship in our lives is outside of our control.

No one is immune to intense seasons of suffering. We can pay the bills, master a routine, work hard in school or at work, worship and obey God, and love those around us as best we can. But suffering will still come because, no matter our situation, this world is broken from the effects of sin.

That might sound like doom-and-gloom to some, but it was a reality check I needed to hear.

In A Grief Observed, C.S. Lewis processes the loss of his wife to cancer—one of those hardships beyond his control. He writes in his memoir,

I need Christ, not something that resembles Him… A really good photograph might become in the end a snare, a horror, and an obstacle.

Images, I must suppose, have their use or they would not have been so popular. (It makes little difference whether they are pictures and statues outside the mind or imaginative constructions within it.) To me, however, their danger is more obvious. Images of the Holy easily become holy images–sacrosanct. My idea of God is not a divine idea. It has to be shattered time after time. He shatters it Himself… Could we almost not say that this shattering is one of the marks of His presence?

In those eighteen months, God shattered my own version of the prosperity gospel. Jesus did this very thing, too, during his ministry on Earth as he consistently challenged  the disciples’ conceptions of God. We learn in John 9, for example, that his disciples immediately connected human suffering with sin.

When Jesus and his disciples passed by a man who was blind from birth one day, his disciples asked, “Rabbi, who sinned, this man or his parents, that he was born blind (Jn. 9:2)?” While it is true that there are consequences for sin, suffering is not always the result of personal sin or idolatry, as evidenced by Jesus’s response: “It was not that this man sinned, or his parents, but that the works of God might be displayed in him (Jn. 9:3).”

After Jesus corrected the disciples’ assumption, he healed the blind man so he could see.

Jesus did not teach any sort of gospel that promises alleviation from suffering outside of our control. No faith, obedience, resolution, or routine can thwart all hardship and suffering. Any gospel that says faith in God will save us from these things in this life is a house of cards waiting to crumble.

“All reality is iconoclastic [or ‘characterized attack on cherished beliefs and institutions’]… I mustn’t sit down with… my idea of God, but God… And all this time I may, once more, be building with cards. And if I am He will once more knock the building flat. He will knock it down as often as proves necessary.”

As I began in January to sort through those eighteen-ish months in my journal, I realized my high hopes for new years past had been squelched not so much because these things came but because I thought, with faith and preparation, I might avoid them altogether. But Jesus never promised this version of the prosperity gospel. He never even promised clear answers to our questions about the seasons of suffering we face!

C.S. Lewis concluded in his book about the questions that lingered regarding his wife’s death, “When I lay [my] questions before God I get no answer. But a rather special sort of ‘No answer.’ It is not the locked door. It is more like a silent, certainly not uncompassionate, gaze. As though He shook His head not in refusal but waiving the question. Like, ‘Peace, child; you don’t understand.’”

Jesus did not promise neat explanations; he simply promised Himself and said, “Peace I leave with you; my peace I give to you. Not as the world gives do I give to you. Let not your hearts be troubled, neither let them be afraid” (Jn. 14:27).

This “peace that surpasses understanding” also described in Phil. 4:7 is sufficient to fill the gaps during seasons of hardship when we have no clear “whys” and little control. Coming to a place of surrender in my attempts to understand and control would result eventually in greater understanding of the truth about God and reality, but, first, false images of both had to be shattered.

After several months, I did not get answers to all of my “why God?” questions, but God revealed some gifts of his grace to me from that season. Next week, I will share a few ways we can identify those gifts, even if God never gives us the “why” for our suffering.

This is Part 1 of a blog series on suffering. Click the links below to read the rest of the series:

Part 1: The Prosperity Gospel We Don’t Talk about Much
Part 2: Can We Know the “Why” for Our Suffering
Part 3: “Will I Ever Find Joy in This Season?”
Part 4: What Slinky’s Resilience Teaches Us about Suffering