How to Love Who You’re Told to Hate 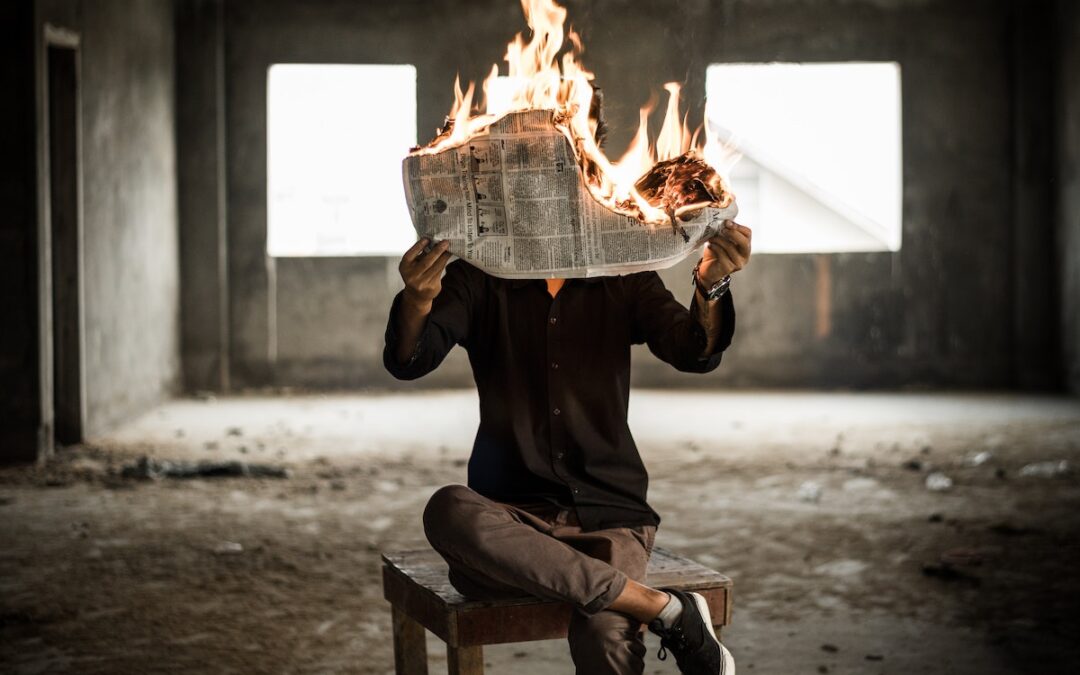 Can you believe it’s March already?

I spent a lot of time in February thinking about the Christian ethic of love, not so much because of Valentine’s Day but because it can feel in the United States like the voices of hatred and outrage are the loudest right now. And they are demanding we join them in their disdain.

In seminary, I studied Christian apologetics, a ministry that focuses on answering questions about the truth claims of Christianity. This season exposed me to intelligent Christians around the world making a compelling case for Christianity in their fields. Two men I have learned a great deal from more recently are Stephen C. Meyer (a philosopher of science and director of the Center for Science and Culture in Seattle, Washington) and John Lennox (a professor of mathematics at Oxford University).

I recently listened to a conversation (below) between Meyer and Lennox. In the interview, Lennox shared two ways his parents modeled a Christian ethic of love. Their example set a firm foundation for how Lennox would live and love as a Christian later in life.

On the heels of Valentine’s Day, I wanted to share the two lessons about love Lennox learned from his parents and add some of my own thoughts. (I will share the first one today and the second one next week.) I think the evangelical church in the United States can learn a lot from his parents’ example.

Love for the “Other”

Lennox grew up in Northern Ireland where he said “sectarian violence” between Catholics and Protestants was common. His father owned a store with about forty employees, and he hired both Protestants and Catholics. His store was bombed, and Lennox’s brother was almost killed because he refused to discriminate based on religious affiliation. This is what Lennox said about his father in the interview:

I once asked him, “Dad, why do you take the risk?” He said, “For this reason: that we learn from the Bible this fundamental mandate for civilization that all human beings have the dignity of being made in the image of God,” and he said, “I’m determined to treat them like that, irrespective of what they believe.” And that became an absolutely fundamental principle for me throughout my life–the respect for people even if you violently disagree with them…

In addition to this Christian doctrine that everyone is made in God’s image, his father’s example of love reminded me of Christ’s command to love our enemies in Matthew 5:

You have heard that it was said, “Love your neighbor and hate your enemy.” But I tell you, love your enemies and pray for those who persecute you, so that you may be children of your father who is in heaven. For he causes his sun to rise on the evil and the good, and sends rain on the righteous and unrighteous. For if you love those who love you, what reward will you have? Don’t even the tax collectors do the same? And if you greet only your brothers and sisters, what are you doing out of the ordinary?… Be perfect, therefore, as your heavenly Father is perfect.

“Love your neighbor and hate your enemy.”

Plenty of people are encouraging us to do just that–to hate the “libs,” “conservatives,” “elites,” “mainstream media,” “Trumpers,” “evangelicals,” “ex-vangelicals,” “fundies,” “snowflakes,” and other stand-in pejoratives for “enemies.”

When I read Matthew 5 a couple of weeks ago, verse 48 (the final verse) piqued my curiosity: “Be perfect, therefore, as your heavenly Father is perfect.”

What does that mean?

What is Jesus connecting to God’s perfection?

If you or I just read this verse in isolation, we might expect a list of do’s and don’t’s to come before or after Jesus’ command to “be perfect,” and God’s perfection does include Christian ethics and morals like those listed in the Ten Commandments. It’s striking to me, however, that Jesus wanted his hearers to see God’s perfection as culminating in his unconditional love for “the evil and the good… the righteous and unrighteous” in verse 45.

My Bible’s commentary from the Christian Standard Bible says this about verse 48: “Much as a child resembles biological parents, spiritual children bear close resemblance to their Heavenly Father… The close connection between this verse and Jesus’s teaching about love (vv. 43-47) suggests that unconditional love is the most crucial expression of God’s character in the life of his followers.“

Lennox’s father understood this, and it motivated him to love and respect even those people sectarians in Northern Ireland were trying to convince him were his “enemies.” I like how Paul VanderKlay, a pastor in Sacramento, California, paraphrases this command from Jesus: “Christians are called to love everyone up to and including our enemies.” This is a difficult ethic to follow today, just as it was for Lennox’s father so many years ago.

Christ’s command is foundational to a Christian understanding of love, and we must ask the Holy Spirit to help us love in such a countercultural way. It will also require evaluating the voices we listen to most and honestly asking ourselves if they are stoking the flames of hatred in our hearts.

Who’s Determining Who You Love or Hate?

This blog was in the works a couple of weeks before Rush Limbaugh, a conservative political commentator, passed away on February 17. I admit I had never heard of him until I read a book by Ed Stetzer called Christians in the Age of Outrage a couple of years ago. For that reason, I’m the least qualified to assess his life and work, and my condolences go out to his family and friends. Stetzer’s writing about Limbaugh is helpful when considering how we are spiritually formed—even if we aren’t consciously aware of it—by the voices we listen to most.

In his book, Stetzer explains why he stopped listening to Limbaugh more than twenty years ago. He admits he “resonated with his conservative politics” and “enjoyed his arrogance, energy, and irreverence, unable to recognize how his tone and mentality were affecting [his] ability to transcend political division as a young pastor.” He knew it was time to part ways with the radio show after he realized he was more eager to listen to Limbaugh than pray for the President. Stetzer writes,

When we begin to look at why people, including many Christians, are giving in to outrage, an important place to start is the voices speaking into their lives. Simply put, when we choose to follow leaders who contribute to rather than stand against the outrage, we will become like them… [Y]ou should recognize the voices that may be influencing you to join the outrage. It became clear to me that listening to his (Limbaugh’s) voice was not helpful in my discipleship. What political, cultural and spiritual voices help, and which ones hinder your walk with the Lord?

Ed Stetzer in Christians in the Age of Outrage

I believe Stetzer’s question is a worthy one for Christians to ask ourselves right now.

Which political, cultural and spiritual voices help and which ones hinder your willingness to follow Christ’s command to love everyone up to and including your enemies?

This threshold will be different for everyone. My aim is not to draw a stark line in the sand and tell you who you should or should’t listen to or read, and I don’t believe that was Stetzer’s intent either. Some people are really good at cutting through the hatred and outrage to get to the relevant facts and ideas, and others know they need to avoid commentary that tempts them to see their “enemies” as unworthy of love.

Love for others does not mean we always agree with everything they believe or approve everything they do. (I’ll cover this more in next week’s blog!) When we are unsure how to love in such a countercultural way, we need look no further than our Lord who embodied this ethic of love perfectly.