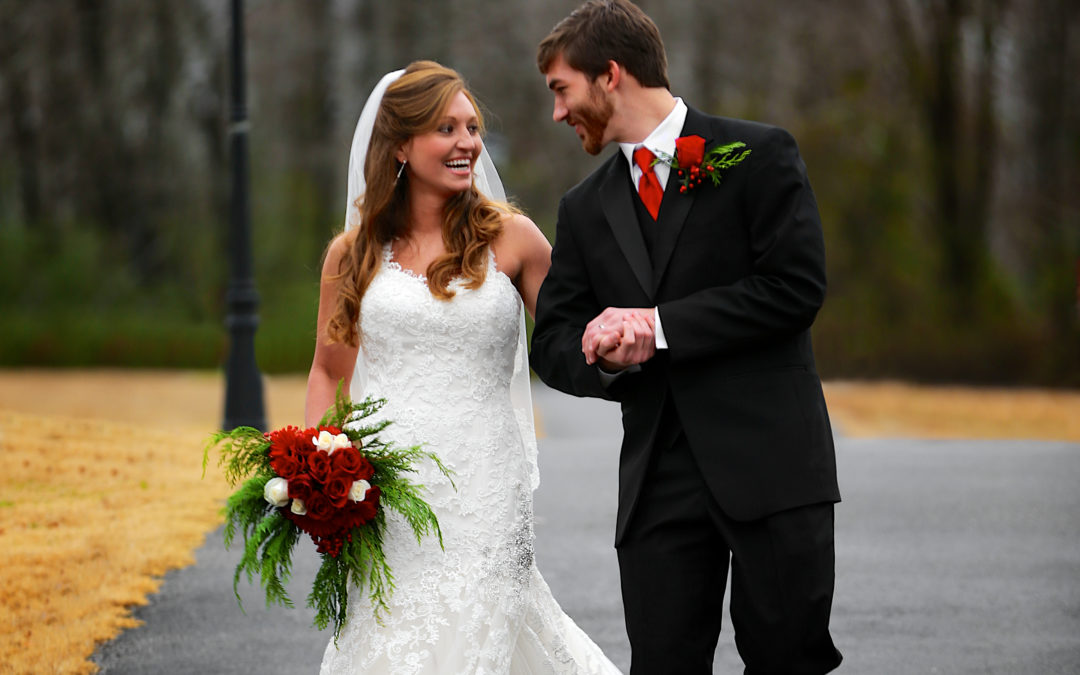 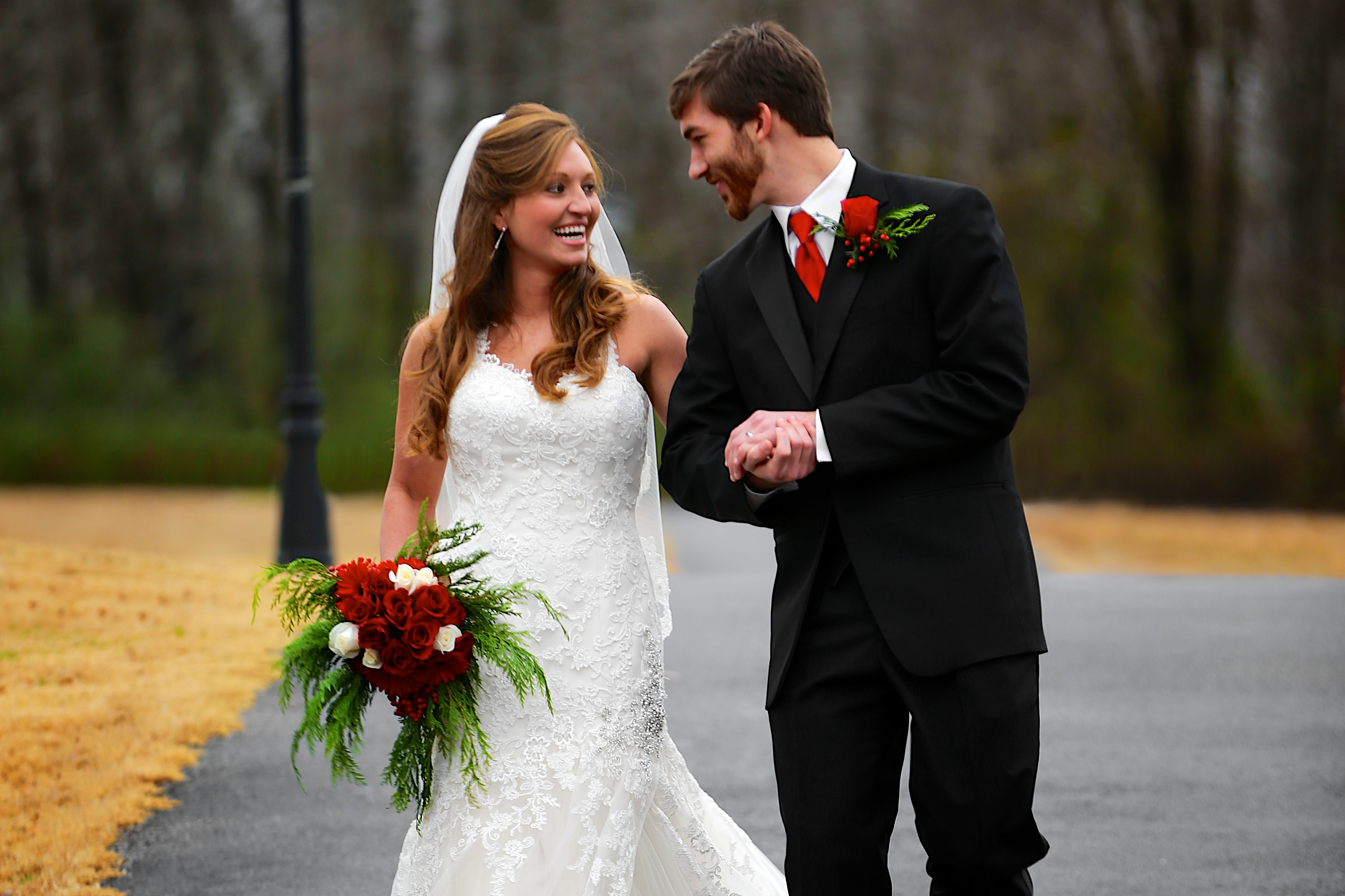 I said “I do” five years ago to my husband Will on a chilly, cloudy day in December. I still feel like a newlywed some days because time has passed so quickly, but I thought our anniversary week was the perfect time to share some important lessons I have learned.

Communication is perhaps the most important part of a marriage. When we think we have communicated enough, we communicate some more for good measure.

At the end of our second date (Valentine’s Day 2012), I told Will—a guy I hardly knew—I did not want to play dating games. I had already been in one serious relationship I had been confident would end in marriage, and I found out that night that Will had experienced the same. We agreed to be completely honest as we got to know one another about how this whole thing was going, which meant no avoiding calls and text messages if one of us was done, no dating other people, and no leading on one another. 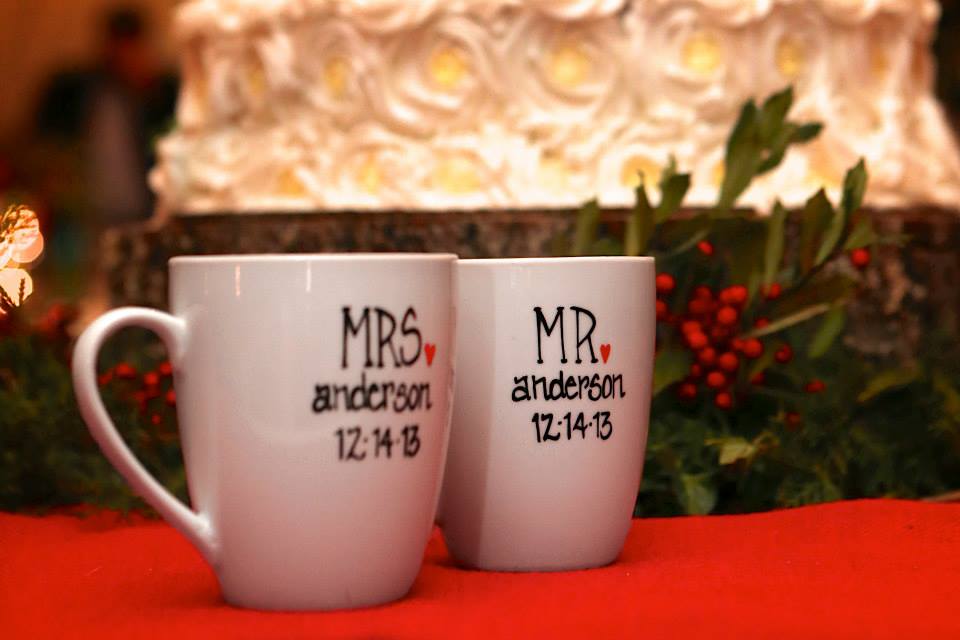 One afternoon, we sat on the back porch of our home in Oxford, Mississippi. I don’t even recall what the argument was about, but we were misinterpreting and talking past one another. (Some of that was probably intentional to prove our “rightness” to the other.)

“We are not communicating.”

Will stopped me in mid-sentence and stated the obvious. 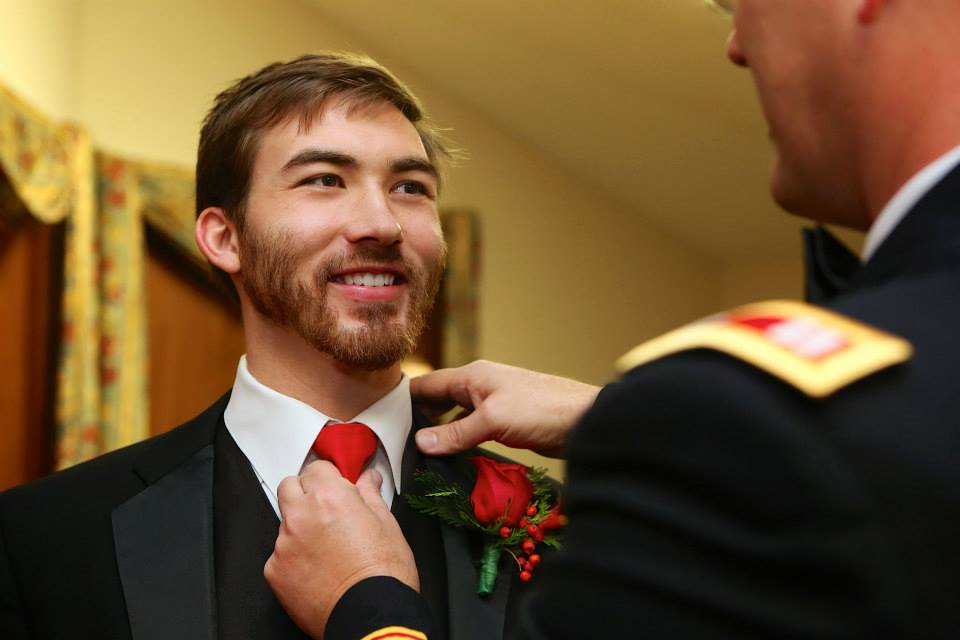 By stating the obvious, we were able to start over—this time with more grace and less ego.

“I am sad today, but I do not know why.”
“I am stressed. Can you make dinner tonight?”
“We really need more time together.”

Simple statements already felt but not said in the marriage can save us from unnecessary estrangement and isolation.

We should not go to bed angry, but sometimes we should go to bed silent.

Humans have a proclivity towards sin. Christians redeemed from sin with God’s Spirit living inside of us still allow sin to take the driver’s seat of our thoughts and actions.

In a marriage, there is another human around a lot of the time to see us at our best and worst, in our highs and lows.

A marriage has made me deeply aware of my own sinful inclinations. If I feel hurt (even if my feelings are not justified), the temptation to hurt back is strong. 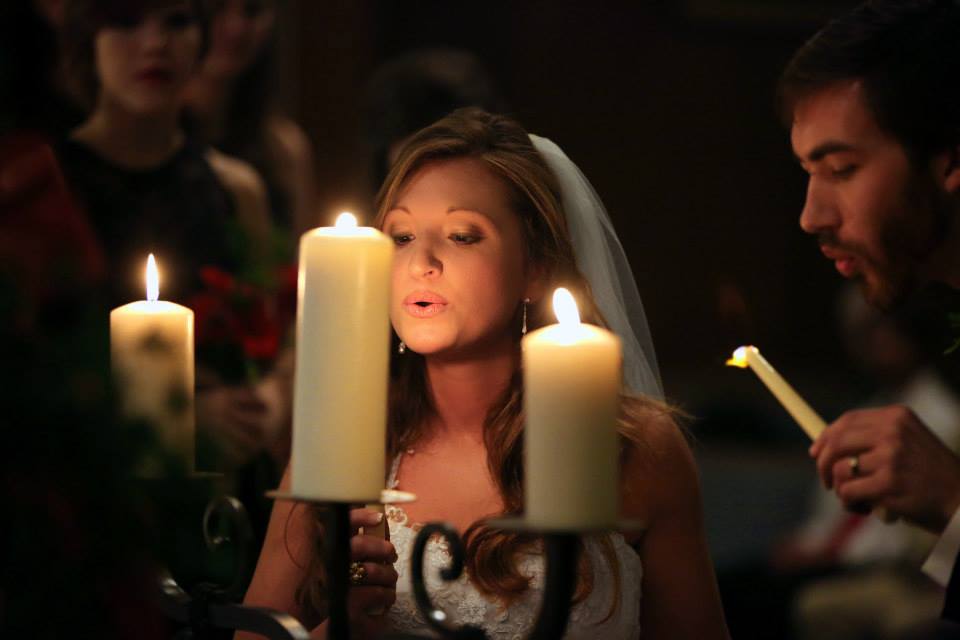 On one of our Friday date nights, Will said something to me that hurt my feelings.

I traced the edges of my coffee-cup top in Barnes and Noble, entertaining the idea on the inside of throwing painful darts in response. But I did not. Instead, I told him I wanted to go home.

When we walked into the apartment, I went to bed and processed what Will had said. I concluded my hurt was unfounded; Will simply had given me a reality check I needed to hear.

I stated the obvious the next morning.

“Will, your words hurt me, and my natural response is to want to hurt you, too. I know the ugliness inside of me, and I know I do not want to do that. I did not go to bed because I was mad but because I did not want to say something I would regret over a reality check I really needed from you.”

No, we should not go to bed angry. Paul said in Ephesians 4:26-27, “Be angry and do not sin. Do not let the sun go down on your anger and give no opportunity to the devil.” We sometimes do need to go to bed silent, take a walk or write in a journal before we wage unnecessary warfare against our closest comrade in this life. That is exactly the “opportunity” the devil wants.

We have learned to suggest the smallest adjustment when things go awry.

As I mentioned above, our feelings are not always the best barometer for reality. I felt hurt on our date night, but it was only because Will was holding up a mirror and telling me something about myself I did not want but needed to hear.

But Will is going to hurt me at times, and I am going to hurt him. When it happens, our first response should not be to attack one another’s character or throw our hands up in the air and shout, “I knew I never should have married you!” 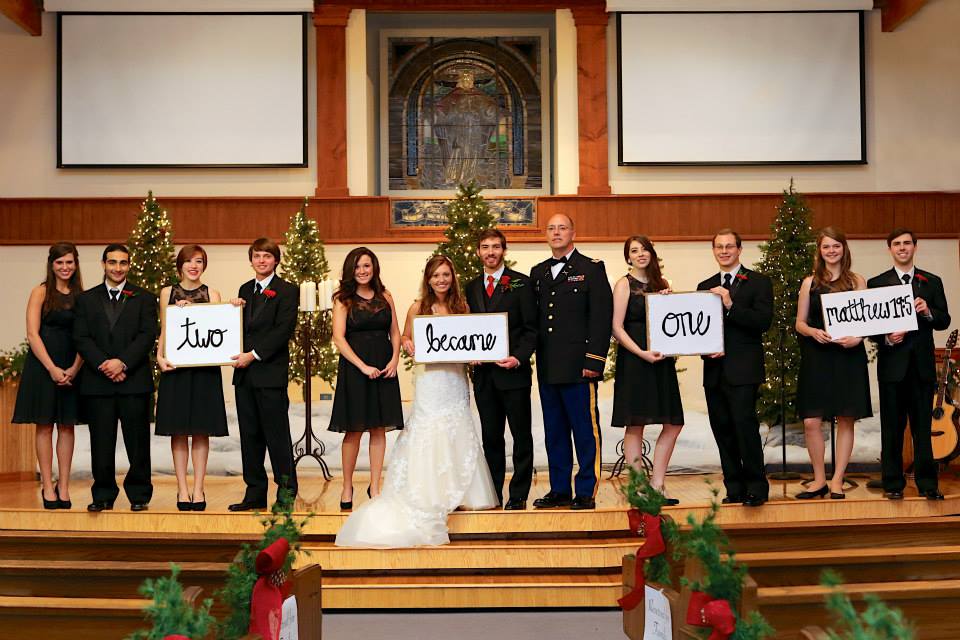 No, we suggest the smallest possible course correction. I especially have a hard time believing someone unconditionally loves me—without any strings attached—when I notice a couple of mistakes wreak havoc in a given relationship. I no longer feel “safe” to make mistakes, and Will knows this about me. I imagine a lot of us have a hard time trusting people when there is little room for error.

A marriage has to make room for error in order to thrive. We demonstrate God’s love for us in our marriage through gentle correction rather than condemnation or abandonment when the other person makes mistakes.

We divide and conquer.

Will and I decided early in our marriage to divide and conquer our home.

Will knows daily dishwashing is not my strongest discipline, and I am likely the first to notice when the shower needs a scrub. Sometimes, he folds my clothes and vice versa. I might make the grocery list, and he will get the groceries.

Our home is a team effort, and we do not sweat the small stuff. There are hills to die on, and who dusts this week is not one of them.

We try to suggest changes God would want us to make.

Ephesians 5:22-33 provides a picture of marriage that is representative of Christ and the Church, which the New Testament writers call his Bride.

Paul uses elaborate language to describe how Christ sanctifies his Church so that she grows in her reflection of the righteousness and holiness that he has earned for her. The Church ought to always be in process of becoming more and more like Christ, essentially “putting on the wedding dress”—the identity in Christ—she already owns. 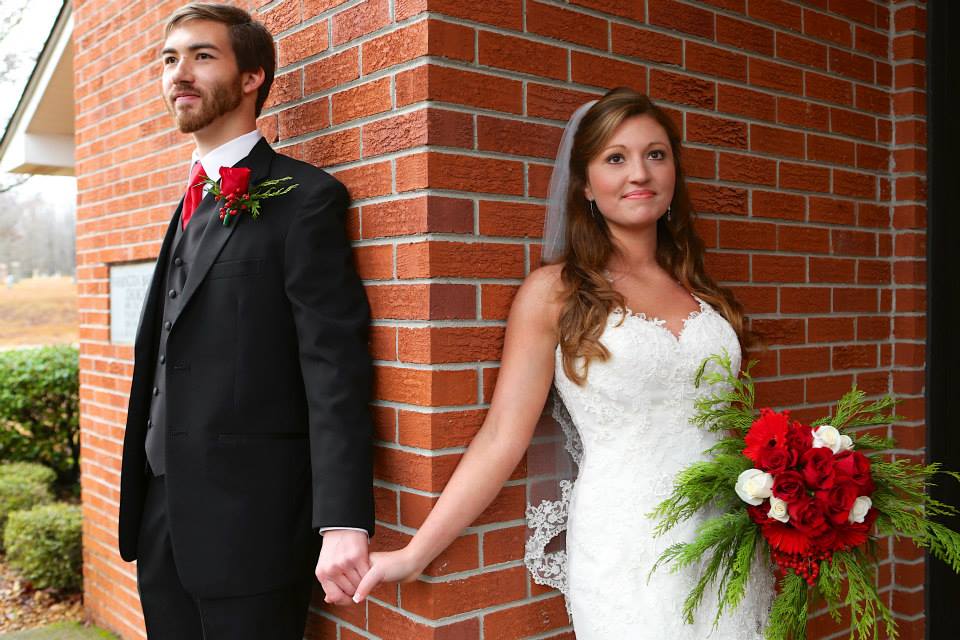 Will and I are different in a lot of ways. I am idealistic. He is realistic. I have introverted and extroverted qualities. Will is an introvert through and through. I am a verbal processor. Will is an internal processor. I jump into relationships and trust others quickly. Will takes his time. Will likes to read fiction and books about coding. I like to read nonfiction.

I love and appreciate our differences now, but we have had to communicate about them at different times. (Do you see how communication is a theme here?)

Projecting our image onto a spouse is tempting in a marriage, and the voice in our minds might sound like this.

“He needs to be more like this.”
“She should really do it that way.”

If we are honest, what we often mean is that our spouse should be more like us. But God has taught me in our marriage the important truth that Will and I are both made in God’s image—Will is not made in mine.

I might not always like what he has to say, but I have learned to welcome Will’s constructive criticism and accountability in my life when it comes to how I am not acting or thinking in a way that aligns with my identity in Christ.

He feels the same way. But it is so important that we suggest sanctifying changes that God himself would want us to make rather than selfish adjustments we want one another to make for personal gain.

To think that our relationship will change and we will no longer be “married” in heaven is strange. But we will finally have arrived at the wedding feast for which our lives were destined. If that is the destination, the most important journey we can take together in the next 10, 20 or 50 years will be the one towards the Son. 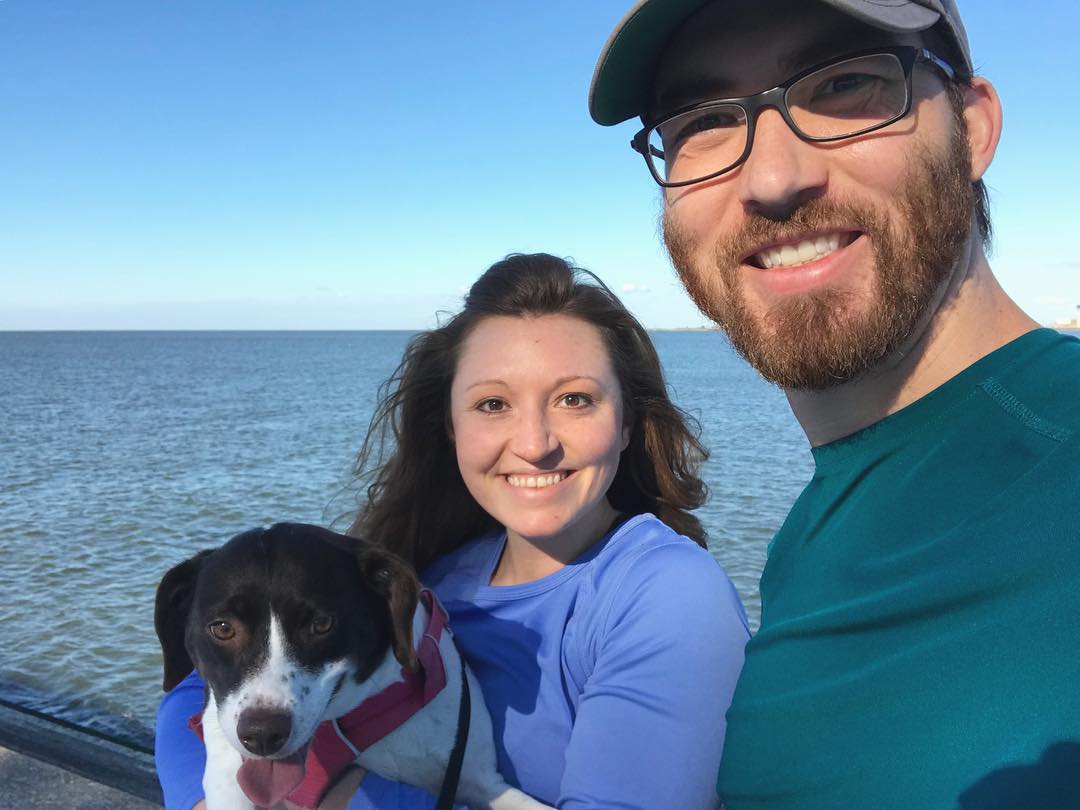