Are We Making Racial Progress? 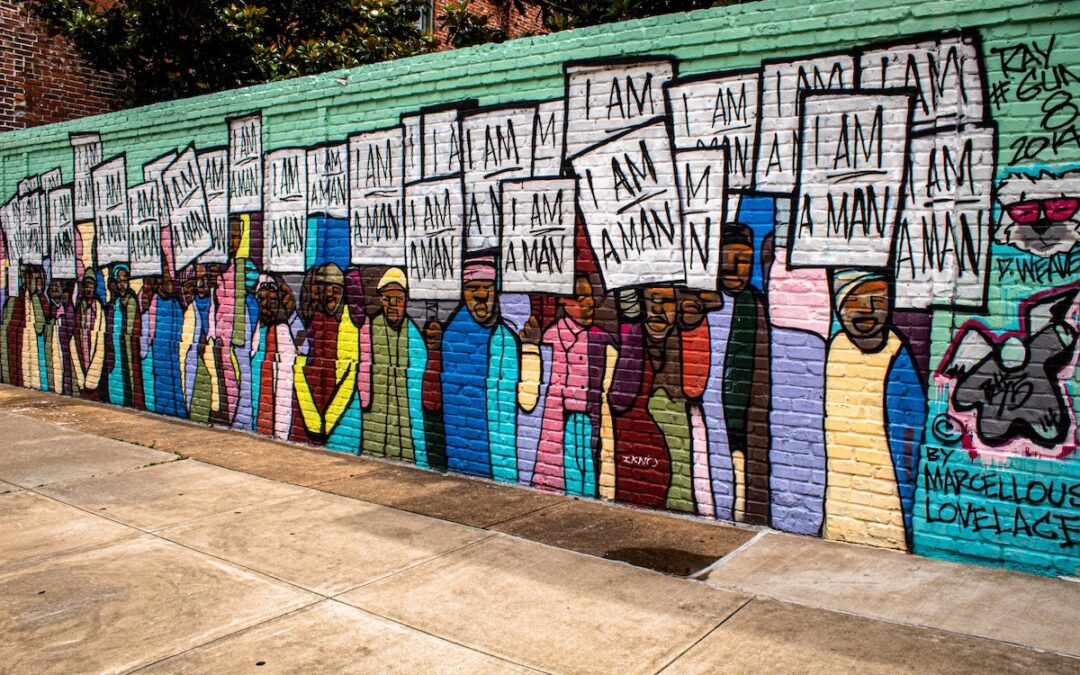 In 2016-17, I wrote for a Christian racial reconciliation organization, used its materials to lead small groups, and joined its Facebook group. I parted ways for several reasons in early 2018. I couldn’t clearly express to others why I was stepping back at the time. Six to twelve months passed before I was more confident to voice my concerns about today’s antiracism movement. I just knew I needed to step back, ask questions, reevaluate some of my ideas, and find a “healthy thinking space” (as Alan Jacobs would put it) to do those things.

I had several “red pill” moments during that season. The dictionary defines a “red pill” as “a process by which a person’s perspective is dramatically transformed, introducing them to a new and typically disturbing understanding of the true nature of a particular situation.” I’ve never seen The Matrix where the term originated so it’s new to me, but it’s a helpful shorthand for my experiences.

I had one of those moments while watching a conversation unfold in this Facebook group. The post was about the moderators’ decision to reserve certain posts for lament over racial injustice, and only people of color would be allowed to comment on them. White members of the group were encouraged to listen (or, well, read).

One woman commented (I’m paraphrasing), “I have a question. I am one-fourth Hispanic. I have a grandparent who’s Hispanic. Can I still participate in these posts?”

Knots formed in my stomach. Her question was eerily reminiscent of the “one-drop rule,” a social and legal principle in the United States historically, which determined that people were “colored” by whether they had one black ancestor (or “one drop” of black blood).

My discomfort with posts reserved only for people of color wasn’t so much about my being excluded. After all, everyone excludes at times. We gather with people on- and offline because of shared experiences, grievances, culture, interests, and so on. I go to church partly because I share certain religious commitments, experiences, and vernacular with other Christians. It’s not that I’m not myself around people who aren’t Christians, but, if my relationships with them were compared to a Venn diagram, there are important facets of my identity that don’t overlap in the middle, so it takes more effort from both parties to understand one another.

This is true of other social circles. Mono-ethnic churches in the United States meet certain needs in their communities, such as music and sermons in their native language. My university had different interest groups and social clubs like the Black Student Union or Korean Student Association or various language clubs. To return to the Venn-diagram analogy, we all need spaces from time to time where there’s more or different overlap between our circle and the circles of others.

But I was unsettled by her question. I wondered if this was doing the opposite of what a Christian reconciliation group intended to do, which was to break down rigid categories of race instead of reinforce them.

Are We Actually Regressing?

I agree with many sociologists that race is a social construct. In other words, it’s a category historically created to deem certain groups less human and, thereby, justify their exclusion and oppression. The one-drop rule is an example of this.

Who is considered “white” and “nonwhite” has also changed throughout history to serve such purposes. Many people reading this who know me from college at the University of Mississippi will also know that James Meredith was the first black student enrolled at the university. On September 30, 1962, riots erupted when Meredith arrived that evening on campus. Two people were killed and 300 others were injured before Meredith enrolled as a student the following morning. A lot of people don’t know, however, that Luck Wing was the first Asian American student to attend Ole Miss twelve years before the school’s “official” integration in 1962. Why? One of the more obvious explanations is that he wasn’t considered “colored” and excluded from admission.

Ethnicity, as opposed to race, is a more concrete, biblical category to describe human differences where people are identified as an ethnic group because they share a common culture, religion, history, language, cuisine, etc. One of the goals of the organization I was a part of and others like it today is to break down the barriers that the social construct of race creates.

But after my red pill moment I began to wonder if aspects of their approach to racism were actually reifying racial categories the organization wanted to resist?

I’ve not written about this until now because I haven’t been able to convey with words why this sorting of people into a binary—whether “white” and “nonwhite” people, “white people” and “people of color,” or “oppressors” and “the oppressed”—seems to me to flatten the complex landscape of ethnic diversity in the United States. (I do have my theological reasons, but my primary focus in this post is on the sociological phenomenon of doing so.) The ancestries of “white” and “nonwhite people,” especially in a country like the United States, are much more diverse than these categories suggest.

Then I read an article last week by Andrew Sullivan that put it all together for me. In his newsletter from The Weekly Dish, Sullivan asked about this way of sorting people, “But what if this entire scenario is just empirically wrong?”

I knew the United States is predicted to be a majority non-white country somewhere around 2050, but I hope I’ve persuaded you that what this means exactly is complicated. I learned this from Sullivan’s newsletter: “In a weird and creepy echo of the old ‘one-drop rule,’ you are officially counted as ‘non-white’ by the Census if your demographic background has any non-white component to it. So the great majority of Americans whose race is in any way ambiguous or mixed are counted as ‘non-white’ even if they don’t identify as such.”

I also learned that the Office of Management decided in 2000 to identify people in this way. Sullivan explains why: “Pressure from civil rights groups, concerned that we would miss discrimination against mixed-race Americans if they were classified as white.”

That’s a legitimate concern. But here are some excerpts from Sullivan’s piece that get at the heart of why we should seriously reflect as individuals, churches, and a nation on whether we want to constantly reinforce racial categories (like what I’ve described from the Facebook group) in efforts to fight discrimination or pursue unity:

“…this understandable concern [about discrimination] misses the dynamics and complexity of a multiracial, multi-generational culture, where race is a much fuzzier concept, and the mainstream is seen through the prism of the brownish 2020s and not of the ‘white’ 1960s? Insisting that biracial identity must always be categorized as non-white runs the risk of actually calcifying old doctrines of race, and fails to see the blurry lines of identity and assimilation that increasingly typify American life…

“As inter-racial marriage rates soar, as today’s mixed-race children see the mainstream as something much subtler and more varied than simply ‘whiteness’, we could be clinging to crude racial identity just as our actual, evolving world is offering us a chance to leave it behind. We may be forcing people to adopt racial identities when they need not. And by generating the illusion of an end to ‘white’ America, we may be fostering a new and dangerous attachment to white identity just as we have a chance to complicate and escape it.”

Andrew Sullivan in “The Majority-Minority Myth”

So do we ignore race altogether? No, I don’t think so.

On the one hand, the effects of historical racism still linger. In his analysis of a colorblind approach to racial progress and unity, Dr. George Yancey writes in Beyond Racial Gridlock, “Its first weakness is that advocates of color blindness are, at best, naive, about their ability to deal with the historic effects of racism by pretending that race no longer matters. They tend to underestimate the lasting effects of historic racism” (34). Of course, there is present-day racism too.

The uncomfortable reality for every generation is that we do not inherit a blank slate. As Andy Crouch wrote in Culture Making, “When we set out to communicate or live out the gospel, we never start from scratch.” These racialized, binary ways of perceiving are a stain on our history not easily removed.

But the question we face today is this: to what extent do they still linger in our collective social imaginary and to what extent are we actually reinforcing them under the banner of “antiracism?”

There’s no way to empirically measure that sort of thing on the whole in the United States. I think the honest answer is that we really don’t know—although we might have a better pulse on the answer to that question in our own communities.

I really believe the answer lies somewhere between these two extremes: either 1) reifying racial categories or binaries—through antiracism or beliefs of white superiority—on the one hand or 2) promoting a kind of colorblindness on the other that does not acknowledge past and present discrimination or appreciate cultural and ethnic differences.

“We all want progress. But progress means getting nearer to the place where you want to be. And if you have taken a wrong turn then to go forward does not get you any nearer. If you are on the wrong road, progress means doing an about-turn and walking back to the right road and in that case the man who turns back soonest is the most progressive man. There is nothing progressive about being pig-headed and refusing to admit a mistake. And I think if you look at the present state of the world it’s pretty plain that humanity has been making some big mistake. We’re on the wrong road. And if that is so we must go back. Going back is the quickest way on.”

I’ve been persuaded we’re on the wrong road in some ways. I believe it’s wrong that a woman is put in a situation where she must ask if she is “colored” enough to participate in certain conversations in a Christian reconciliation group. I believe it’s wrong to assign third graders an activity where they assess their “power and privilege” to determine if they belong to the “dominant culture” or not. (Yes, this happened.) I also believe it’s wrong for white nationalists to chant, “You will not replace us!” with tiki torches in hand.

I don’t have a lot of answers to every burning sociological or political question about race right now. I realize there is so much more to this conversation. It’s impossible to take all of the detours I would like to take in one blog post. But I do believe more than ever that Christian doctrine and practice give us a good foundation. I plan to write more again on this topic about some of these “red pill” moments and questions I’ve had the last 3-4 years.

Maybe together we can arrive at some answers. I’ll give Dr. Yancey the final word:

“Who is not tired of racial hostility? Who would not want to listen to new and innovative ideas about how to end the hostility? The task is important, not because we want to weigh in with politically correct notions about racism, but in order to do the foundational work of racial healing. Bringing estranged people together is a fitting work for those of us who claim to follow Christ.”

George Yancey in Beyond Racial Gridlock