The Good News about Dead Leaves 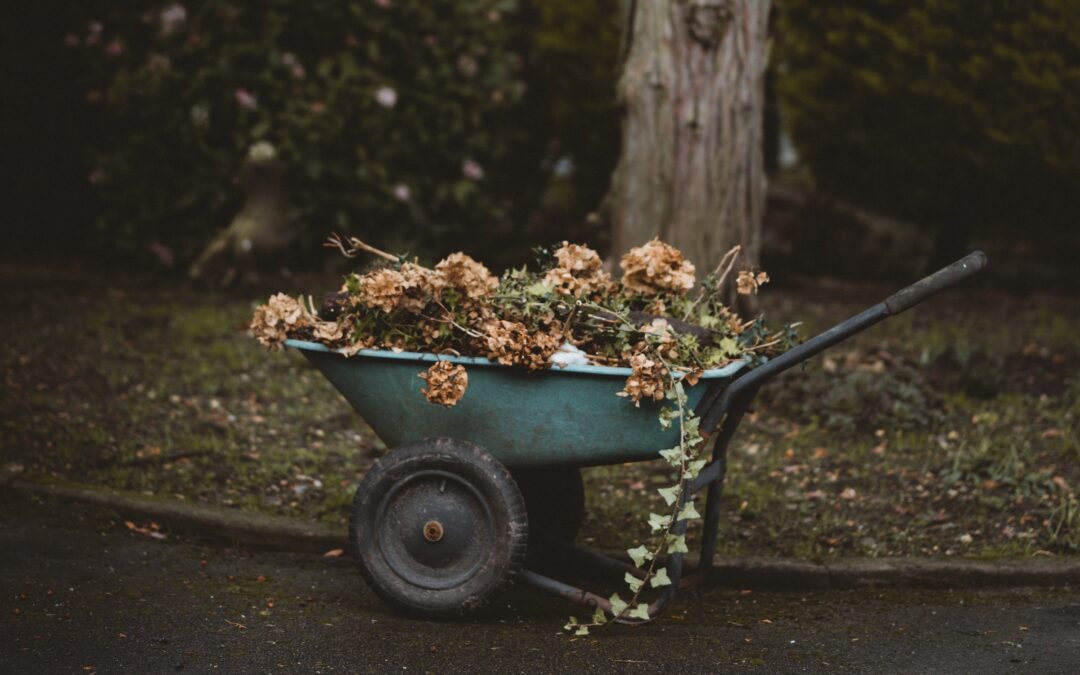 I will be 30 years old in November.

When I reflect on my twenties, I oscillate between feelings of regret and gratitude. Let’s be honest: we believe, say, and do a lot of dumb things in our twenties.

As long as we live, we’ll wrestle with sin, but our twenties are a season of intense, exponential growth—of “learning from our mistakes.” (I learned last year that the part of our brains responsible for reasoning doesn’t fully develop until around age 25. So I joke sometimes that our elders need to warn us about our underdeveloped prefrontal cortex before we post our ill-informed Facebook rant.)

I’ve learned a lot in my twenties. I’m thankful for God’s patient, gentle correction in this decade of my life. But a couple of years ago feelings of guilt and shame were unrelenting over past mistakes and erroneous beliefs, even though I’d confessed them God. I knew what the Bible says about God’s forgiveness: “If we confess our sins, he is faithful and just to forgive us our sins and to cleanse us from all unrighteousness” (1 John 1:9, ESV).

He is faithful to forgive. What a beautiful truth, yet that’s all it was for me: head knowledge. I didn’t think and live like it was really true.

I finally had a breakthrough with all of the guilt and shame I was heaping on myself while reading John 15 about God’s pruning. Jesus told his disciples,

I am the true vine, and my Father is the gardener. Every branch in me that does not produce fruit he removes, and he prunes every branch that produces fruit so that it will produce more fruit. You are already clean because of the word I have spoken to you. Remain in me, and I in you. Just as a branch is unable to produce fruit by itself unless it remains on the vine, neither can you unless you remain in me. I am the vine; you are the branches. The one who remains in me and I in him produces much fruit, because you can do nothing without me. If anyone does not remain in me, he is thrown aside like a branch and he withers. They gather them, throw them into the fire, and they are burned. If you remain in me and my words remain in you, ask whatever you want and it will be done for you. My Father is glorified by this: that you produce much fruit and prove to be my disciples.

In this passage, God is the gardener. Jesus is the vine, and His followers are the branches. The “fruit” that’s produced is a life indicative of a follower of Jesus. In the first century, this metaphor was more familiar to Jesus’s disciples than it is for us today. (My hunch is that most of you don’t have a vineyard in your backyard.) For a grapevine to produce grapes and then wine, the vinedresser in the first century had to cut away dead and overgrown branches from the vine.

Pruning was not a one-time occurrence. The gardener usually cut the grapevine twice every year so it produced more fruit. In the same way, people aren’t pruned only once when we become followers of Jesus. God’s pruning is a lifelong process of sanctification, or becoming more and more like Christ.

My mom loves “digging in the dirt.” That’s what she calls gardening.

Gardening was a family effort every spring when I was a child, and the first step to spruced-up flower beds was pulling up weeds and pruning the bushes. Mom and Dad would pile up the overgrown weeds and dead leaves and branches in the yard. My job was to haul the piles to the woods beside our house. I’d wear my mother’s work gloves, put the piles in our red wheelbarrow, and take it to the edge of the woods to dump.

The pruned piles from our flowerbeds were out of sight. Neighbors and passersby only saw the fruit of our hard labor: flowerbeds filled with roses, Zinnias, irises, and trimmed Crepe myrtles and bushes. The evidence of pruning—the dead leaves, branches, and weeds—was gone.

But our past sin and faulty beliefs aren’t so easily hidden. They aren’t “out of sight, out of mind.” They remain in our memory, even though we know “God has removed our sins from us as far as the east is from the west” (Psalm 103:12, my paraphrase).

When I started reading John 15, I was consumed by the reality that there was a big pile of sin God had pruned. (This tells you a lot about my perfectionist tendencies too.) I wanted to keep staring at it: that terrible pile of “should have’s” and “shouldn’t have’s” in my twenties. Hauling it to the woods was not an option. It was seared in my memory.

But I realized the wrong thing held my gaze. The pile of dead leaves and branches was only part of my story. The important part was the Gardener’s pruning and the fruit it produced. I was focused only on pruning as evidence of my former sin. But what if God also wanted me to see it as evidence of the Holy Spirit’s continuing work in my life?

We are forgiven and justified before God the moment we repent from our sin and follow Jesus Christ. But we are sanctified or pruned over a lifetime. It’s true that a person is sometimes radically changed when becoming a Christian. But change more often is slow and incremental. Paul called it a transformation “from one degree of glory to another” (2 Cor. 3:18, CSB). When we forget pruning is a lifelong process, we can feel defeated when the Spirit exposes sin or false beliefs that linger.

I grew up and remain in the evangelical church, but I think our evangelistic “methods” of sharing the gospel sometimes contribute to feelings of defeat over stubborn sin in our lives. In a book called Beauty, Order, and Mystery, Joel Willitts wrote, “The three-part evangelistic testimony we were taught and have likely taught to others is too simplistic and bordering erroneous. You know the one: (1) my life before Christ, (2) how I met Christ, and (3) my life since I met Christ.”

This is one way I learned to share my story with others, and I think Wilitts is right. It can paint a picture of someone who became a Christian and immediately starting thinking and acting like the sinless Savior himself. Those of us who’ve been Christians any amount of time just know that’s not true.

So we shouldn’t be surprised when we’re confronted with piles of pruning from time to time. In fact, we should ask if we are truly followers of Christ if our beliefs and behavior haven’t changed at all over the course of 10, 20, or 30 years. For me, focusing on what God had pruned rather than receiving His pruning for what it is—forgiveness and sanctification—stole so much of my time, energy, and worship as a response to His grace. This drift towards legalism after we become Christians distorts the truth about the Spirit’s ongoing work in our lives.

A.W. Tower warned against what he called “instant Christianity,” or “the notion that we may discharge our total obligation to our own souls by one act of faith, or at most by two, and be relieved thereafter of all anxiety about our spiritual condition.” (My guess is the “one or two acts of faith” Tozer had in mind were conversion and baptism.) He continued,

“By trying to pack all of salvation into one experience, or two, the advocates of instant Christianity… ignore the sanctifying effects of suffering, cross carrying and practical obedience. They pass by the need for spiritual training, the necessity of forming right religious habits and the need to wrestle against the world, the devil and the flesh. … Undue preoccupation with the initial act of believing has created in some a psychology of contentment, or at least of non-expectation. To many it has imparted a mood of disappointment with the Christian faith. God seems too far away, the world is too near, and the flesh too powerful to resist. Others are glad to accept the assurance of automatic blessedness. It relieves them of the need to watch and fight and pray, and sees them free to enjoy this world while waiting for the next.”

Our Gardener is always pruning his branches. He’s always sanctifying his people, yet following Jesus is not an invitation that relieves us “of the need to watch and fight and pray, and sees [us] free to enjoy this world while waiting for the next.” This is one of those tensions of Christianity: two wills—God’s will and ours—are always working together to root out sin.

So what do we make of these two extremes: puritanical religion on one hand and “instant Christianity” on the other? C.S. Lewis wrote about opposite errors, “[Satan] relies on your extra dislike of one to draw you gradually into the opposite one. But do not let us be fooled. We have to keep our eyes on the goal and go straight through between both errors. We have no other concern than that with either of them.”

I shared some of my initial thoughts about God’s pruning on Twitter, and a friend responded: “We need grace to leave the prunings and live fruitfully.”

I think that’s how we, in the words of Lewis, “go straight through” the two errors.